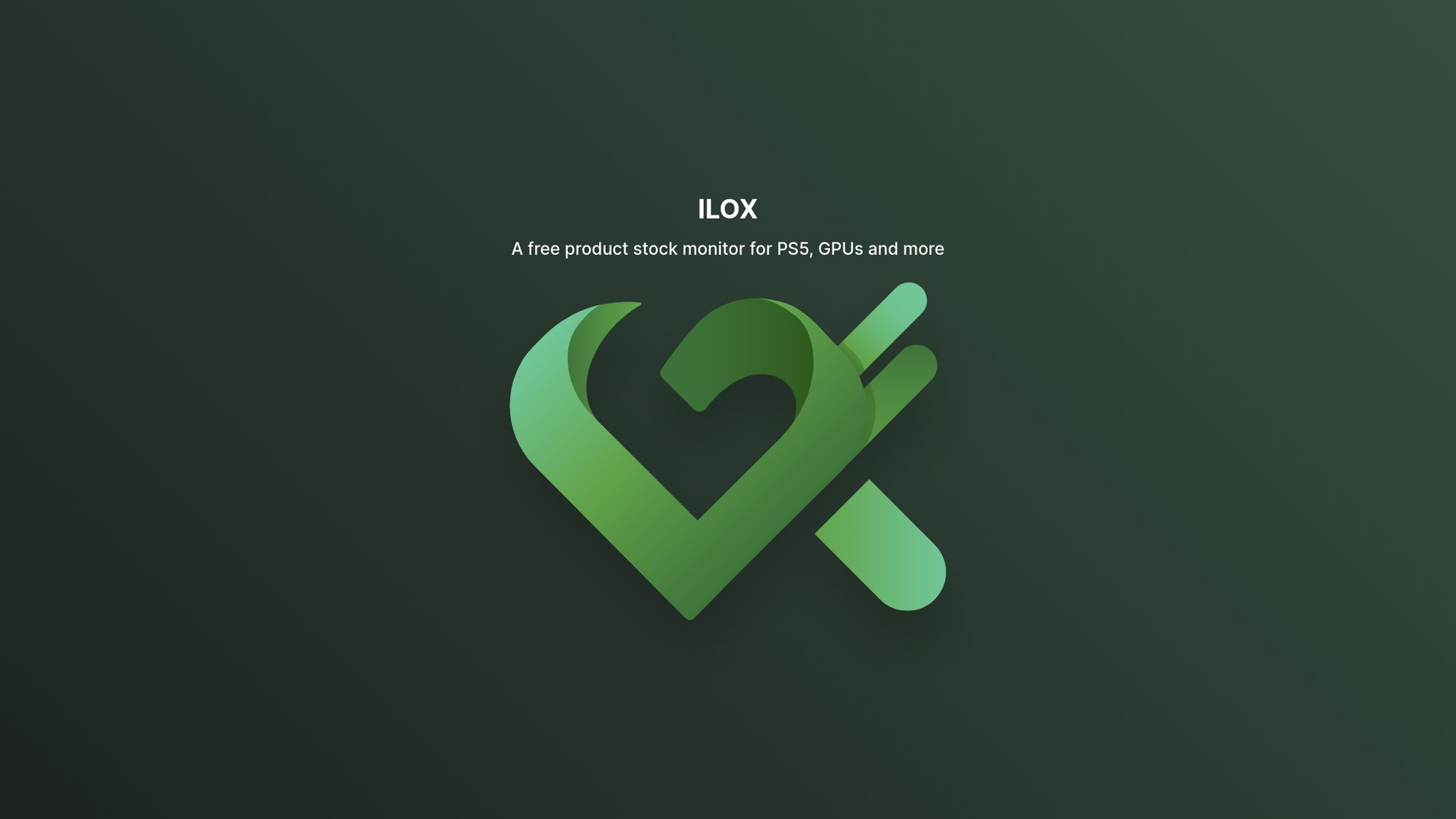 With the release of the RTX 3000 graphic cards in 2020, I wanted to gift myself a new graphic card for my 30th birthday. Unfortunately, graphic cards supply for this release was virtually nonexistent, and the entire stock was gone within seconds.

But since I really wanted to have a new GPU - without providing myself an unfair advantage with something like a buy bot - I founded ilox, a public and free stock alert service.

Initially, just for graphic cards it later expanded to CPUs and consoles. Today ilox has helped countless people in getting new hardware and has more than 30.000 members.

ilox consists of multiple projects; the actual crawler bot, a website and two Discord bots. Everything is written in Node.js using TypeScript, with MongoDB for persistence.

If you want to read more about ilox, including a lot of statistics and the entire history, I've written a detailed Making of.